What Happens If I Move During My Workers’ Compensation Claim? 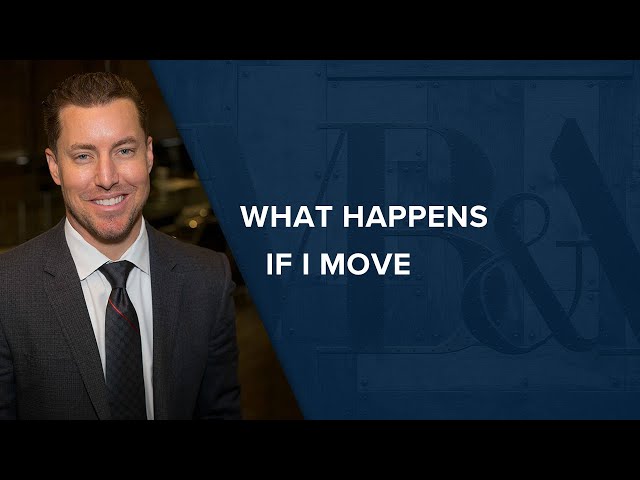 What Happens If I Move During My Workers' Compensation Claim?

One common question that comes up frequently regarding California workers’ compensation claims is, “What happens if I move while I have an open claim?” Whether you are moving to a different city, state or country, the answer can become somewhat complicated. While the simple answer is yes, an injured worker can absolutely move to a different city, state or even country, it is likely to have an impact on the case. For this reason, we highly recommend that those with an open claim speak to an attorney prior to moving. This will allow you to make a plan to not only minimize the impact of negative influences on the case that might arise, but also can allow you to take full advantage of one potential positive effect on the case.

What Is the Positive Effect that Moving Can Have on an Open Compensation Claim?

After an injured party has moved out of state, if they are required to see a neutral doctor, then it is the insurance company’s responsibility to pay all of the costs associated with taking a trip back to California to be evaluated by the doctor. This includes paying for flights, room and board as well as any incidental expenses. This is not just a nice perk, it also costs the insurance company money. This in turn can be leveraged to getting a reasonable settlement.

What Potential Negative Effects Can Moving Have on an Open Compensation Claim?

The negatives come into play when the injured worker moves prior to having obtained final medical requirements by their treating physician. This puts the injured worker in something of a predicament. As trial attorneys, lacking final medical requirements is akin to being handcuffed and then trying to go and fight for the worker’s rights. As much as we excel as trial attorneys, the fact is we are not doctors, nor are the judges who preside over workers’ compensation cases. It is critical to have medical evidence to demonstrate that the injured worker is entitled to benefits. When the injured worker leaves their doctor without those final reports it can severely handicap the attorney from advocating for and obtaining a reasonable settlement

While it is completely within your rights to move to a different city, state or country while in the midst of an open workers’ compensation claim, it’s important you make a plan of action first. Your attorney can help you to make certain that you are reducing or even eliminating any negative impact your move can have on your case, while also harnessing the power of any potential positive effect. This in turn will bring you that much closer to getting you the settlement which you deserve.

Every case is different, and the individual analysis is quite complex. But if you’re considering a move while dealing with an ongoing workers’ compensation claim, we are here to help answer all of your questions and make the right plan to get you the best settlement. Schedule a free consultation directly online or give us a call at (888) 287-4471.

Or Call Us for Free Consultation